Figure 1: Cumulative precipitation compared to the 5 year mean in select main producing provinces/states of Argentina and Brazil. Rainfall deficits can be seen since the start of the season for all regions. Source: NASA Harvest.

Beginning in August-September 2020, the El Niño-Southern Oscillation (ENSO) La Niña phase developed and is currently ongoing. At this time, La Niña conditions are forecast to continue from January to March (~95% chance) and then with a possible transition to neutral conditions during April to June (~55% chance) . During the expected peak period of November-December-January, the current La Niña is forecast to be of moderate strength, based on a three-level system (weak, moderate, strong) using a 3-month running mean of sea surface temperature anomalies . The stronger the event, the larger the changes in weather patterns that typically occur. 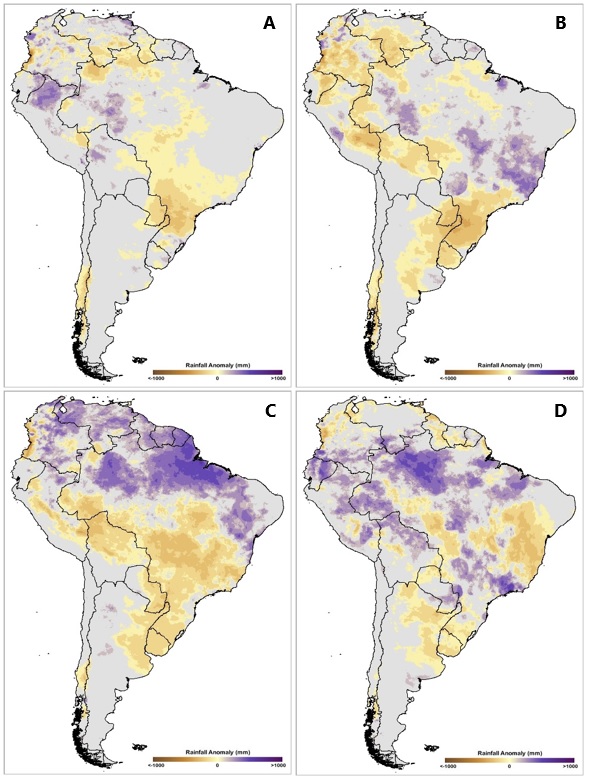 For the full report see the PDF