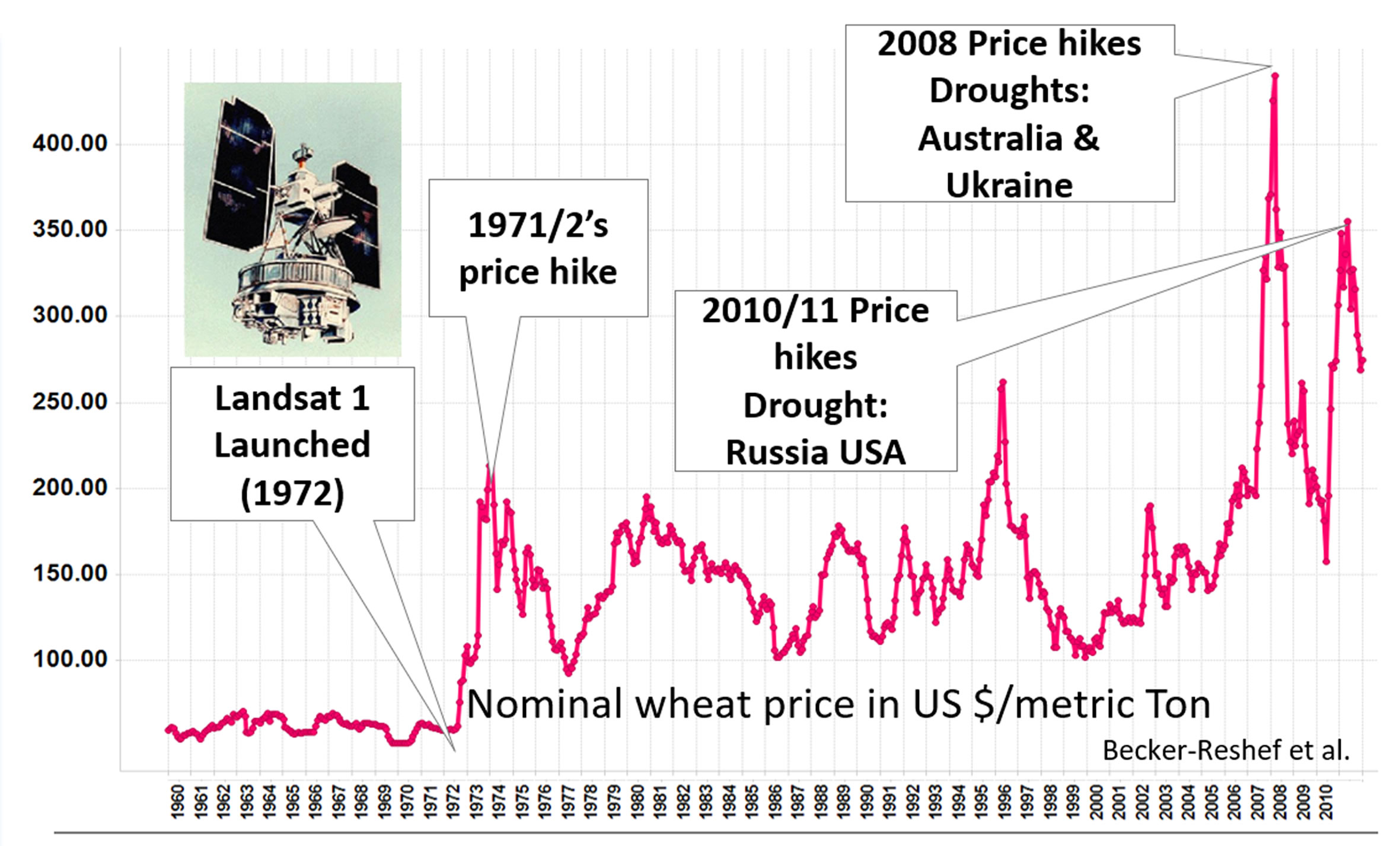 Following the global food price hikes in 2007/08 and 2010/11, as part of the Action Plan on Food Price Volatility and Agriculture, the G20 Heads of States endorsed in their 2011 Declaration both the Group on Earth Observations Global Agricultural Monitoring (GEOGLAM) and the Agricultural Market Information System (AMIS), declaring: 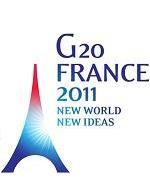 44. We commit to improve market information and transparency in order to make international markets for agricultural commodities more effective. To that end, we launched:

The “Agricultural Market Information System” (AMIS) in Rome on September 15, 2011, to improve information on markets …;

The “Global Agricultural Geo-monitoring Initiative” (GEOGLAM) in Geneva on September 22-23, 2011. This initiative will coordinate satellite monitoring observation systems in different regions of the world in order to enhance crop production projections and weather forecasting data.

Shortly thereafter, the Group on Earth Observations Global Agricultural Monitoring (GEOGLAM) initiative was developed by The Group on Earth Observations (hosted by the World Meteorological Organization in Geneva, Switzerland), as a partnership of governments and international organizations. The role of GEOGLAM is to increase market transparency and improve food security by producing and disseminating relevant, timely, and actionable information on agricultural conditions and outlooks of production at national, regional, and global scales. In the same line, AMIS assesses global food supplies (focusing on wheat, maize, rice, and soybeans) and provides a platform to coordinate policy action in times of market uncertainty.

GEOGLAM provides a framework that strengthens the international community’s capacity to produce and disseminate relevant, timely and accurate forecasts of agricultural production at national, regional and global scales through the use of Earth Observations (EO) including satellite and ground-based observations. This initiative is designed to build on existing agricultural monitoring programs and initiatives at national, regional and global levels and to enhance and strengthen them through international networking, operationally focused research, and data/method sharing.

Within this framework, GEOGLAM developed the Crop Monitor reports responding to a direct request from AMIS, which provides global crop condition assessments in support of the AMIS market monitoring activities. The Crop Monitor for AMIS is published monthly covering the 4 major AMIS crops (wheat, maize, soybean, and rice) for the AMIS producer countries responsible for over 80% of global production. Since September 2013, the monthly GEOGLAM Crop Monitor for AMIS reports have been generated for inclusion in the AMIS Market Monitor.

In May 2016, GEOGLAM was invited to become the eleventh member of the AMIS Secretariat. The AMIS Steering Committee then unanimously approved full secretariat membership in June 2016, which formalizes and further strengthens an already close collaboration between both initiatives.

Since 2016, continued support for the activities of GEOGLAM and AMIS has been provided from every G20 Agricultural Ministers meeting.

In 2018, the GEOGLAM Crop Monitors partnered with the Climate Hazards Center (CHC) of the University of California Santa Barbara in order to provide global and regional climate outlooks within the reports. The assessments are based on weather and seasonal climate forecasts from a variety of international and national sources. Regional climate outlooks focus on the country at risk of food insecurity draw attention to abnormal rainfall and temperature conditions (observed and forecast) that may impact food production or pose other risks to society, with a focus on food-insecure regions.

In 2019, the GEOGLAM Crop Monitors, at the request of the United Nations Office for Coordination of Humanitarian Affairs (OCHA) developed the capability to produce regular mid-month reports in areas of emerging concern. Since February 2019, the Crop Monitor community has initiated the Special Reports as a mechanism to respond to developing cropping concerns and provide early warning and analysis to decision-makers.